To add this product to your account, contact a Telesign expert. This product is available for full-service accounts only.

This page explains how to set up a call where both parties have their numbers masked, using Telesign Voice.

Each end user's real phone number will be hidden from the other; instead they will each see a masking ID.

You must have the following:

If you do not want to use your own number, you should also have:

You must create logic that determines whether to connect the incoming call to the destination number being requested. If you do decide to connect, you then set up an outbound call. The outbound call contains the number that the end user wanted to call and the masking caller ID you want to use. Telesign then bridges the call from the originating end user to the phone number they wanted to call, masked with the caller ID you chose.

These diagrams show you two ways that the call can be handled: 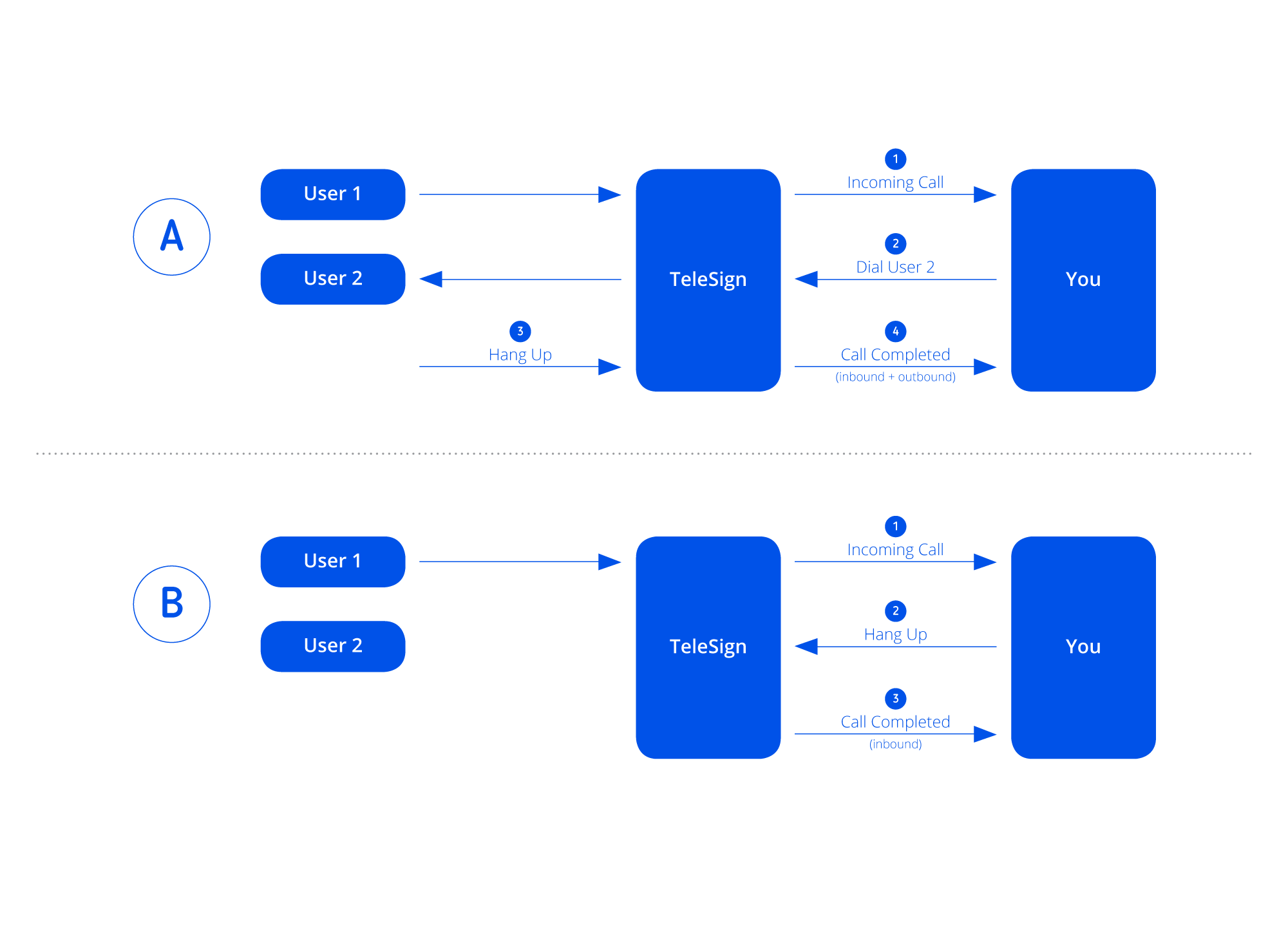 Diagram A: Connect the end users

An end user tries to make a call and you decide to connect them to the other end user.

Diagram B: Do not connect the end users

An end user tries to make a call and you decide to not connect them to the other end user.

Telesign calls have a maximum call duration of four hours. You can also set a shorter maximum for an individual call.

You can also configure and save the details that will be used for your number masked call in advance, before the request to initiate the call is made. You can do this by creating a session using Telesign Number Masking. See Number Masking - Create masked session for SMS or voice for more details on how to do this.

Here is an example in Python showing you how to set up a call with number masking.

To run the code sample below on your own machine, you need both Python 3 and Bottle. Run pip install bottle if you do not already have Bottle installed.

Example: Set up a call with Number Masking

Updated about 1 month ago

Check out these related pages: